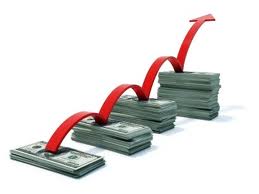 Health expenditures in the United States neared $2.6 trillion in 2010, over ten times the $256 billion spent in 1980.[1] The rate of growth in recent years has slowed relative to the late 1990s and early 2000s, but is still expected to grow faster than national income over the foreseeable future.[2]  Addressing this growing burden continues to be a major policy priority. Furthermore, the United States has been in a recession for much of the past decade, resulting in higher unemployment and lower incomes for many Americans.  These conditions have put even more attention on health spending and affordability. [1]

Since 2002, employer-sponsored health coverage for family premiums have increased by 97%, placing increasing cost burdens on employers and workers. [3] In the public sector, Medicare covers the elderly and people with disabilities, and Medicaid provides coverage to low-income families.  Enrollment has grown in Medicare with the aging of the baby boomers and in Medicaid due to the recession.[1], [4]  This means that total government spending has increased considerably, straining federal and state budgets.  In total, health spending accounted for 17.9% of the nation’s Gross Domestic Product (GDP) in 2010. [5]

How is the U.S. health care dollar spent?

Hospital care and physician/clinical services combined account for half (51%) of the nation’s health expenditures.National Health Expenditures, 2010

What is driving health care spending?

While there is broad agreement that the rise in costs must be controlled, there is disagreement over the driving factors.  Some of the major factors that have been discussed in cost growth are:

The nation’s efforts to control health care costs have not had much long-term effect [9], prompting a debate over what proposals are actually able to reduce costs for the long-term.  Approaches are largely divided by debate over a stronger role for government regulation or market-based models that encourage greater competition.  Costs emerged as a central element of the national health reform debate that ensued before the passage of the Affordable Care Act (ACA) of 2010.  Major ACA measures aimed at cost containment include[10]:

Other proposals and practices directed at controlling costs exist, such as support for wider use of health IT in the delivery system, increasing consumer out of pocket costs, improving health efficiency and quality of care, reforming the tax treatment of health insurance, and a single payer plan.  As the nation struggles with a faltering economy, health care costs will surely continue to be at the forefront of policy debates.